The complete solution for temporary recruitment

"Compliance is now a breeze for us and audits are passed with virtually no manual work. "

Mayday Healthcare is one of the most established and well-known nursing agencies in the UK. Although Mayday has branched into many different areas of healthcare recruitment, its speciality has always been supplying general nurses to NHS hospitals throughout England.

After many successful years, Mayday had started to fall behind the competition in terms of their systems and processes. With such a large database of candidates, ensuring high levels of compliance was achieved became laborious, and managing client requirements across so many desks was overcomplicated and disjointed. When Mayday engaged Panther, the goals were straightforward; enable them to keep the highest levels of compliance in the most efficient way, and to allow their staff to work together and collaborate seamlessly. 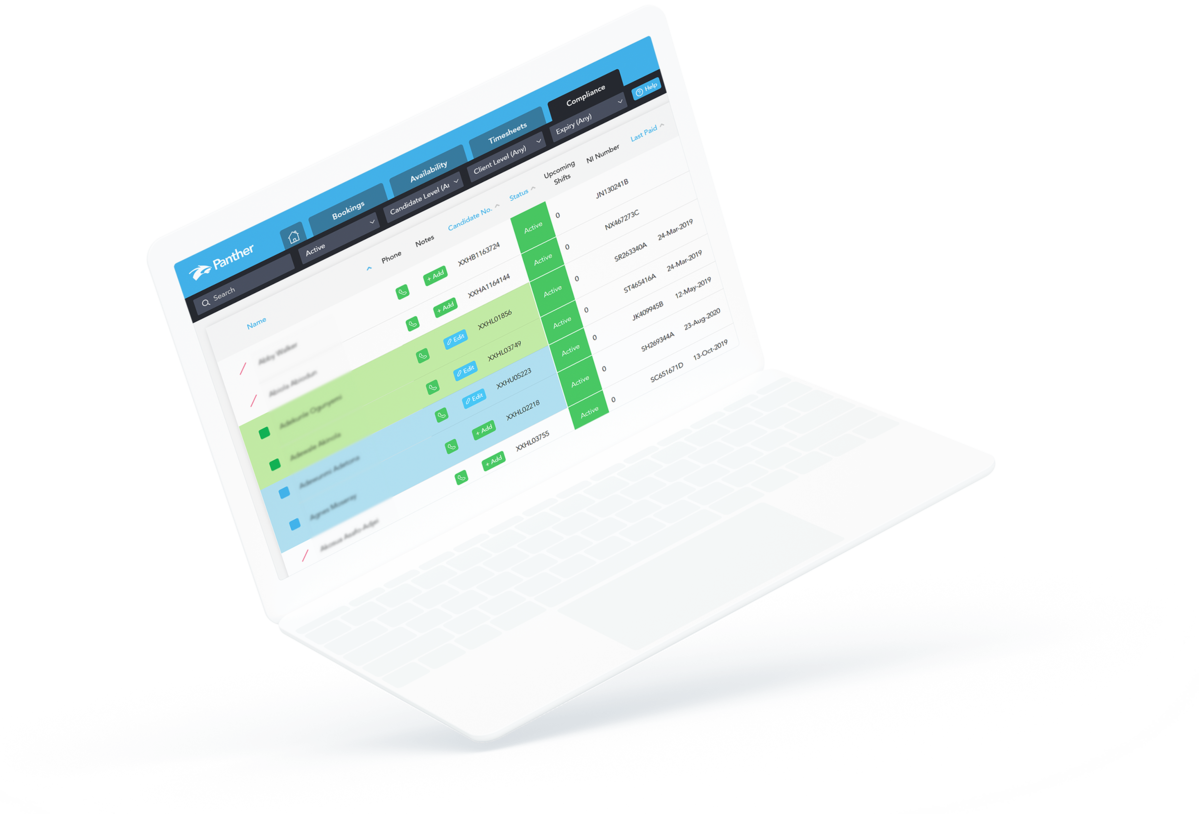 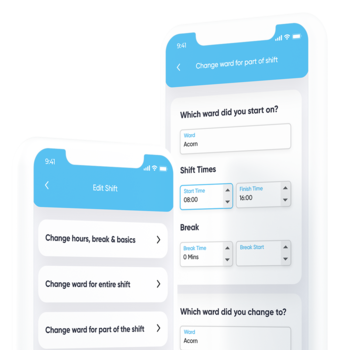 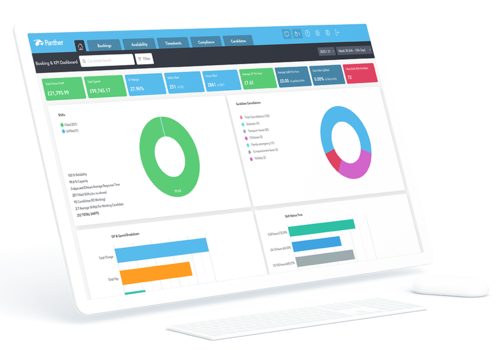 Some of the most successful nursing recruitment agencies rely on Panther

“I have been with Mayday since 2006, it has been a long and fruitful career and it’s been great to see the business grow to what it is today. I think we all knew we needed to do something about our systems and processes, and although it was a big step, it was definitely the right time.” - Sean, Director

As a more mature business, Mayday had started to struggle with its technology. Many of its systems had been in place for a long time and were not well-suited to the evolving nature of the recruitment industry. Mayday had started to slowly fall behind some competitors; mostly start-ups that had taken advantage of modern technology to streamline their processes and offer a better service.

When Mayday approached Panther, they had a clear set of issues to address. After nearly 20 years of business, their candidate database had become disorganised and incomplete. Mayday needed a fresh start with a solution that was fit-for-purpose and allowed them to easily search and find candidates. Compliance document management had also become a challenge. Document storage in their existing software was clunky, unresponsive, and difficult to organise, so Panther’s compliance module was a major improvement.

"Compliance is now a breeze for us and audits are passed with virtually no manual work."
Sally, Compliance Manager, Mayday
Book a demo

The future with Panther

“Implementing a new system in an organisation can be challenging, but the team at Panther genuinely made it as easy as it could be. Work was involved on both sides, it always would be when making a change like this, but it was all excellently planned and communication throughout the whole process was spot on.” – Daniel, IT

Once Mayday chose to partner with Panther, implementation took around 10 weeks from start to finish. Before any work began, the implementation process and all third-party integrations were fully scoped. In Mayday’s case, we built an integration with Select Pay, although Panther can work alongside any payroll system. Another requirement from Mayday was functionality to automate NMC Pin Checks; a time-consuming task that had always been done manually.

The first impression of Panther among Mayday staff was fantastic. The payroll and compliance departments instantly saw the value in the software and how much it would simplify their day-to day tasks. After initially training, consultants quickly became confident using the software due to its intuitive UI. Managers became more interested than ever before in financial forecasts and KPIs that they had previously been unable to track.

“After a bit of hesitancy at first, our payroll and compliance teams are now completely bought into Panther. Real-time notifications of compliance document expiry have been invaluable to compliance, and we have saved countless hours in processing timesheets since we swapped to digital.” – Ky-leigh- Operations

After six months of using Panther, all at Mayday Healthcare agree that Panther has been a
breath of fresh air for their business and the improvements are there for all to see. The initial challenges that we set out to solve have been addressed, and as a result the business runs more efficiently, candidates are happier, and managers have more information available to them to help them make important decisions.

Compliance was an area that needed special attention, but now it is running more efficiently
than ever. Saving compliance documents against candidates is straightforward, document
expiry notifications alert the team when a document needs updating, and custom framework
levels help them to easily manage who can work for which client. Panther is also the only
solution on the market that can manage compliance requirements according to specialism
and framework level, a feature which was a real game-changer for the compliance team.

Collaboration between recruiters used to hold teams back, but now employees can share
their booking shifts with each other to easily cover absence, and communication with
candidates is shared across the system so everyone is up to date.

It is estimated that Mayday will save up to £300,000 within their first year just through digital timesheets and a more efficient payroll and compliance process. In addition to that, each consultant has saved roughly 10% of the time they spend communicating with workers, scheduling shifts and reporting to candidates, which has resulted in an increase of gross profit billed by each consultant by approximately 10%.

“Engaging with Panther was perhaps the best business decision we have made in the last five years. Some of the energy and enthusiasm we had lost is back, and our teams are now better placed to continue to perform and grow more than ever.” – Chris, Director

Mayday took a big step when deciding to implement Panther; getting rid of systems and
processes that had been in place for years. In hindsight, it was the best decision they could
make and now they a more efficient and profitable agency that can better compete with the
competition. The cost and time savings speak for themselves and staff are more engaged
and enthusiastic now they are not bogged down by legacy software and paper timesheets.

If you feel like your business is starting to fall behind the competition, or if old, unsuitable
systems are holding you back, get in touch with Panther today. We can take you through our platform, learn about your current processes, and tell you how we can help you to transform your business. 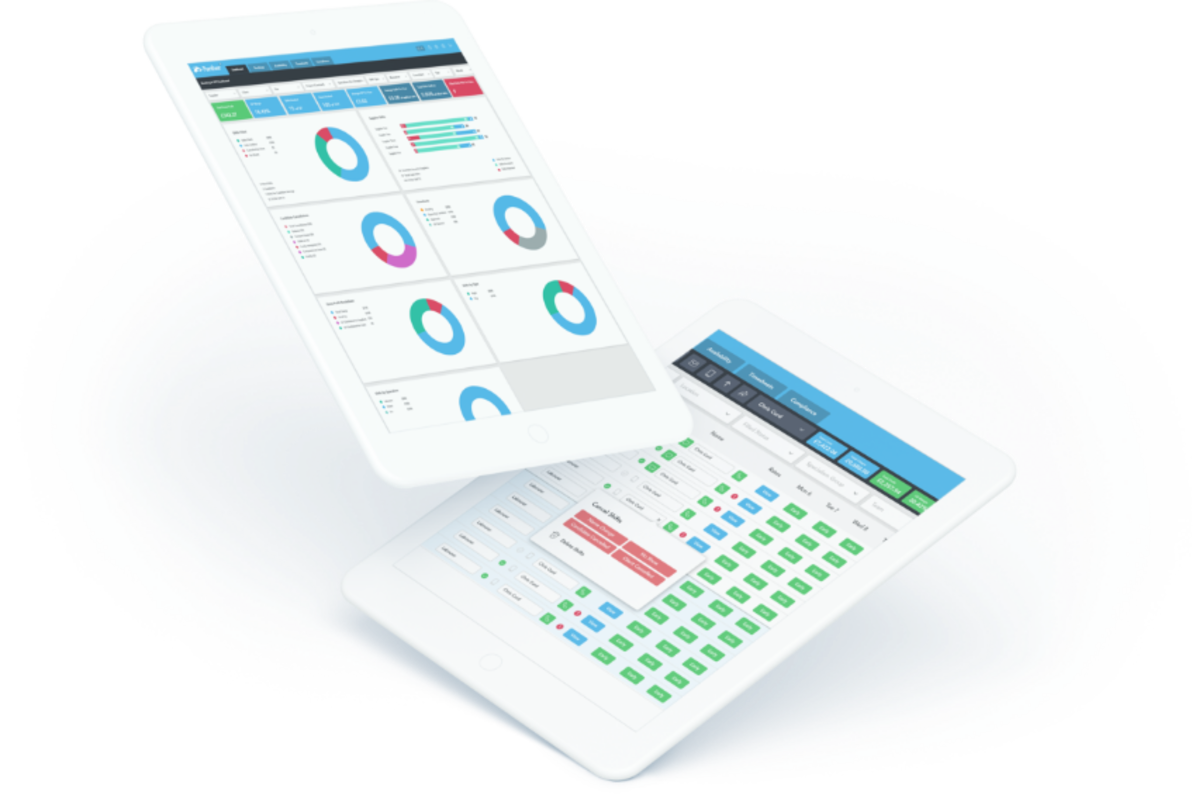